The City of Riverside Fire Department would like to welcome Craig Davis to their esteemed Chaplaincy program.

Originally from a sleepy little farm town in mid-Michigan, Craig Davis was transferred to Orange County shortly after completing his bachelor’s degree.  There, he beganworking in the corporate world as an accountant, (an occupation he would ultimately retire from).  He met and married his wife Joanne and they will be celebrating their 43rd wedding anniversary this year. Over that time, they became the proud parents of three adult children, and grandparents to three adorable granddaughters with a grandson on the way.

Later in Craig’s career life, he became a volunteer-reserve firefighter with the Riverside County Fire Department (Woodcrest) where he spent five-years serving the community and functioned several years as the Volunteer Company President.

Having retired two-years ago, Craig became interested in becoming a chaplain within the local community. After completing the required courses, he was ordained in March of 2017. Craig is also a volunteer chaplain at Parkview Community Hospital here in Riverside.

When not wearing a chaplain’s hat, Craig’s other interests include cycling, history and family gatherings.  He’s also a gifted napper, excels at vacuuming, and is a bit of a rebel by washing his darks with whites.

Finally, Craig is looking forward to meeting the fine men and women of RFD and would like to emphasize that a fire chaplain’s first priority is to the department’s personnel.   He considers it an honor and privilege to be a part of this fine department. 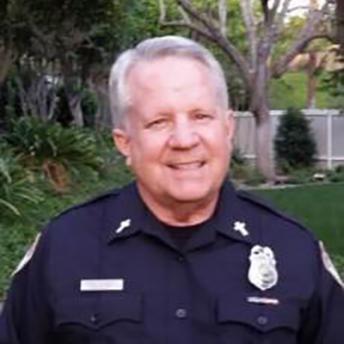