RIVERSIDE, CA – On Wednesday, September 26, 2018, shortly before 6:00 a.m., three suspects parked to the front of Bullseye Sports, located in the 6700 block of Brockton Avenue in the Magnolia Center neighborhood of Riverside.  One of them used a crowbar to pry open the front door, then all three entered the business.  They stole two M1 Carbine rifles, ammunition, and loose change from the cash register before fleeing in the two vehicles they arrived in.

The first suspect was described as a Black male adult, 25 to 35 years old, approximately  5’09” and 180 pounds, last seen wearing a black sweatshirt, black pants, black beanie, and black shoes with white soles.  He had a moustache and possibly a goatee.

The second suspect was described as a Black male in his 30’s, approximately 5’05” to 5’07”, and 165 pounds.  He had facial hair and was last seen wearing a black Dickies style jacket with white writing on the left breast, black pants, black shoes and a black skull cap.  This suspect also had a shiny earing in his left ear and shoulder length dreadlocks.

The third suspect was described as a light-skinned black male, approximately 5’10” and 200 pounds.  He was last seen wearing black glasses, grey shirt with a blue long-sleeved shirt underneath.   This suspect was wearing black pants, black shoes, and a black beanie cap.

If you recognize any of these suspects, please contact Detective Ron Knoffloch at (951) 826-8718 or rknoffloch@riversideca.gov.  Those wishing to remain anonymous can email rpdtips@riversideca.gov or utilize the Riverside Police Department’s mobile app “Submit a Tip” feature while referencing incident number P18181688.  You can also anonymously send information to ATFTips@atf.gov through ATF’s website at www.atf.gov/contact/atftips using the Reportit® app or by visiting www.ReportIt.com.

The Bureau of Alcohol, Tobacco, Firearms and Explosives (ATF) is offering a reward of up to $10,000 for information leading to the arrests for firearms stolen from a federal firearms licensee.  ATF is offering $5,000 and the National Sports Shooting Foundation (NSSF), the trade association for the firearms industry, is offering $5,000 for a total reward up to $10,000. This reward is part of a larger national cooperative initiative between the NSSF and ATF in which NSSF matches up to $5,000 of ATF’s reward in cases involving the theft of firearms from federally licensed firearms retailers. ATF works closely with members of the firearms industry to curb the criminal acquisition and misuse of firearms.

CLICK HERE TO VIEW SURVEILLANCE VIDEO OF THIS BURGLARY NOW. 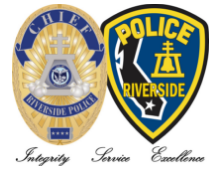