On an average day as a Water Meter Technician for RPU, Greg Worley’s call sheet might include entries like: “Repair 6-inch water meter; or check meter box complaint.” While a weekend call sheet for Greg might read: “Ride into western town, pull a #7 – a”whoopin’ and a hollerin’ guns a’blazing; chat with movie stars; or get to the starting gate for the Cowboy Mounted Shooting competition.

That’s because Greg, a 20-year veteran of RPU’s water division, is also an accomplished horseman, a hall-offame multi-champion gunslinger, and a veteran of some of Hollywood’s most famous westerns. Greg started riding in 1972 at age 11, when his parents gave him his first horse. It had a Hollywood pedigree – it was one of the horses that played Diablo, the trusty equine companion of “The Cisco Kid,” from the 1950’s TV show. 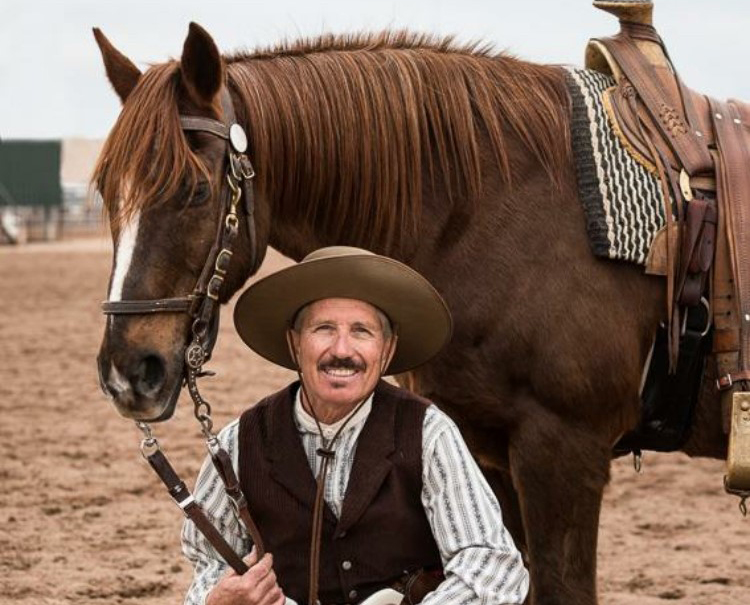 A few years later, he got into cars, skateboards, and surfing, until an invitation to watch a Wild West show changed his life. “I started talking to the head of the group telling him that I’ve always liked westerns,” Greg said. “And he asked if I didn’t mind being one of the guys that got shot.” So Greg sold his Porsche and started buying vintage guns, clothes, and a horse. “The better my stuff looked, the more I was asked to do.” Now part of the reenactment group, Greg soon became friends with people who help Hollywood cast actors and riders for western-themed films, commercials, and television shows. Before he knew it, Greg had an impressive array of film and television credits to his name including appearances in Tombstone, Hidalgo, HBO’s Deadwood, and Hulu’s Quick Draw, as well as multiple television commercials, and Discovery Channel and History Channel documentaries, including one where he played Billy the Kid. “It’s like having fun and getting paid for it.” Greg said. “I’d do it for free, but I’m not going to tell them that.”

Greg also competes in the Cowboy Mounted Shooting Association (CMSA), a group he helped found and promotes. In addition to winning multiple titles as a competitor, he was also the first male to be inducted into the CMSA Hall of Fame in 2001. Oh, and if you’re looking for Greg on New Year’s Day each year, he’s riding in the Rose Parade in Pasadena with the Spirit of the West riders in support of the John Wayne Cancer Foundation.