La Sierra South is a well established neighborhood with a variety of land uses and a broad range of residential areas to fit all income levels. Nearby commercial and industrial park uses provide shopping and employment opportunities. The La Sierra Metrolink station located within the neighborhood, offers convenient access to transit for neighborhood residents who commute to areas such as Los Angeles and Orange County.

Most of the La Sierra South neighborhood was included in the greater La Sierra annexation, approved by residents for incorporation into the City of Riverside in 1963 and 1964. Smaller areas joined the City between 1966 and 2006.

The latest annexation, located on the southerly side of Indiana Avenue at Pierce Street, is the site of Alvord Unified School District’s new Hillcrest High School, which is currently under construction and planned for completion in August 2011.

Although the greater La Sierra area was named after the Mexican land grant known as Rancho La Sierra de Sepulveda, the La Sierra South neighborhood was part of the Rancho El Sobrante de San Jacinto, which extended from just north of the La Sierra South neighborhood to Lake Mathews. The land was acquired by Abel Stearns, who sold it before he died in 1871. The new owner, Lester L. Robinson, was head of a San Francisco mining syndicate and hoped to prosper from tin mining near the lake. When he found mining an unprofitable venture, he sold the land. After water was brought to the land, it was subdivided and used for subsistence farming.

Today, portions of this neighborhood remain in agricultural production. Geographically, the diverse neighborhood includes conventional subdivisions on relatively flat areas, larger lots south of Victoria Avenue and rural lots in hillside areas. Within the neighborhood, a master planned residential community known as the Riverwalk Vista Specific Plan provides for development of an infill residential community that blends a variety of single-family detached housing into an integrated village setting, within walking distance to open space, schools, commercial centers and transit facilities. Retail centers provide shopping opportunities and the Metrolink Station at Indiana and La Sierra Avenues has the potential for adding transit oriented, mixed-use development in this neighborhood.

The neighborhood enjoys many fine schools and public facilities. The La Sierra South Fire Station, located on Indiana Avenue easterly of the Metrolink Station, proudly serves the neighborhood. Approximately eight acres of land at the intersection of Victoria Avenue and Cross Street is the site of the future Victoria Cross neighborhood park. Residents have access to other existing nearby parks, such as Harrison Park and La Sierra Park as well as Victoria Avenue bike and hiking trails. Schools within the neighborhood include Orrenmaa Elementary, Arizona Middle, Alvord Continuation, and as mentioned above, the future Hillcrest High School. 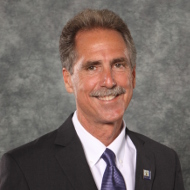