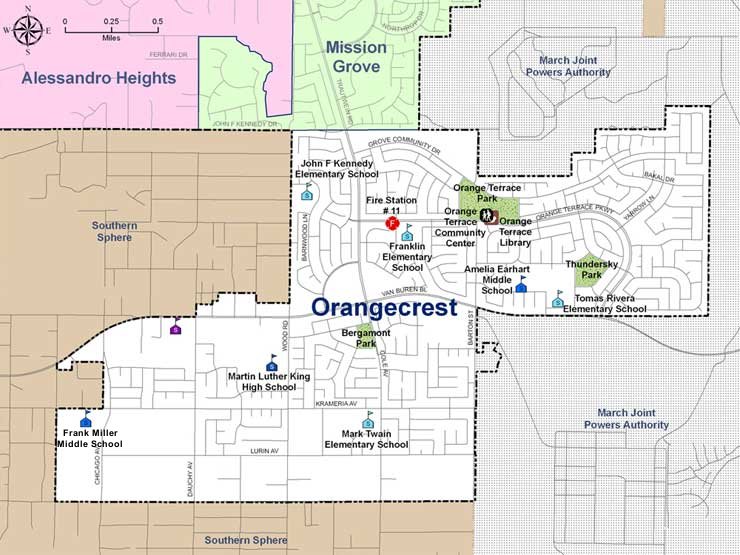 Located in the most southeasterly portion of the City, the Orangecrest Neighborhood is bounded by the March Joint Powers Authority land to the east and south, the Mission Grove Neighborhood to the north and the unincorporated Woodcrest area in the County to the south and west.

Since the original 1986 annexation, Orangecrest has become a well established area and one of the most desirable neighborhoods in the City. Many young families choose to raise their children in the area, taking advantage of the many modern schools and public facilities. The neighborhood consists of predominantly single-family homes and, according to the 2000 Census, 91% of the homes in the neighborhood are owner occupied. A variety of retail uses are concentrated in the neighborhood shopping centers located at Trautwein Road and Van Buren Boulevard. Many popular stores and shops, such as Kohls and Fresh & Easy Neighborhood Market are conveniently close to the residents of Orangecrest. 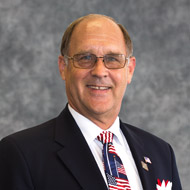