Chairman, A Salute to Veterans Parade and Expo Committee

Bryan Suits is an American war veteran who has served in Desert Storm, Bosnia, and Iraqi Freedom.

Suits enlisted in the United States Army Reserve in 1989 and served in Operation Desert Storm as a medic.  In 1998, he was deployed as a member of the Oregon Army National Guard to Bosnia as part of Stabilisation Force in Bosnia and Herzegovina (SFOR), a NATO-led multinational peacekeeping force.  In 2002, he attended Officer Candidate School and received his commission.

As a member of C Company, 1st Battalion, 161st Infantry Regiment, Washington Army National Guard, he deployed as part of Operation Iraqi Freedom.  He was awarded the Bronze Star and Purple Heart for his service in Iraq.  Lieutenant Suits also collected rubber boots from his radio show listeners and distributed them to Iraqi children.

He has been a talk radio host for more than 10 years in Seattle, San Diego, and Los Angeles and is also a regular contributor on Fox Business News.  He currently hosts a weekly Sunday show on KFI AM 640.

A Salute to Veterans Parade and Expo honors veterans of all ages and eras.  The parade celebrates those men and women who served to protect the freedoms that we treasure.  Since 2005, A Salute to Veterans Parade and Expo has been successful with thousands of participants, and even more in attendance.  Parades over the past years have featured over 100 entries that included marching bands, fly-overs, equestrian units, color guards, marching units, antique cars, military vehicles, floats, and of course, veterans.

This year, for the first time, an expo that will include static displays and organizations whose services or products are of unique interest and value to veterans, will take place near the Riverside County Courthouse immediately following the parade.

In addition, there will be a themed fundraising dinner on Wednesday, November 15th, now the City’s official Veterans’ Week, at Riverside’s Historic Camp Anza.  Camp Anza served as a staging area during World War II and has been refurbished to all of its original charm to provide affordable housing for veterans.

The parade committee continues to seek sponsors, volunteers, expo participants, groups interested in hosting viewing parties and parade participants.  Those that are interested in contributing to this important event are encouraged to contact Jeffrey Crumbaker at patriciang2@aol.com. 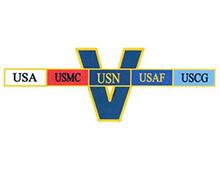