City of Riverside Selects Mike Futrell as Next City Manager

City of Riverside Selects Mike Futrell as Next City Manager

RIVERSIDE, Calif. – The City Council has selected Mike Futrell as Riverside’s next City Manager. Futrell is currently the City Manager in South San Francisco where he has served for nearly nine years.

“Mike Futrell is a dynamic leader with a tested and proven track record of public service,” said Mayor Pro Tem Ronaldo Fierro, who led the search effort on behalf of the City Council. “He distinguished himself among a field of outstanding candidates and is truly the right person at the right time to lead Riverside into the next era of innovation and growth.”

Futrell brings to Riverside extensive executive management experience in local, state, and federal government, as well as in private industry. As City Manager in South San Francisco, he manages a full-service city with a budget in excess of $400 million and led the city to achieve its first AAA credit rating, while improving the quality of life for a diverse residential community and supporting local businesses in a rejuvenated downtown and growing the city to become the Biotechnology Capital of the World with over 250 biotechnology research companies. He previously served as Chief Administrative Officer for the city of Baton Rouge, Louisiana, leading 4,600 city employees and managing a budget of $3 billion, and is a former elected member of the Louisiana House of Representatives and the Baton Rouge City Council. He has also served as a senior staff member in the United States Senate and is a retired United States Navy Captain with 26 years of active duty and reserve service. In private industry Futrell served as Executive Vice President of a utility company in Hawaii and practiced corporate law for over a decade.

“I am humbled and honored to serve as the next City Manager for the great city of Riverside and am excited to lead its diverse and dynamic city workforce,” Futrell said. “I am eager to become a part of the community and to work in partnership with the Mayor and City Council to move forward the vision for Riverside’s future.”

“Riverside is a diverse and dynamic city poised for continued growth,” Mayor Patricia Lock Dawson said. “Mike Futrell’s leadership and experience will be key to helping our city excel, and I look forward to working with him to make great things happen in Riverside.”

Futrell holds a Bachelor's degree in Business/Public Administration and a Juris Doctorate degree from Louisiana State University, a Master of Business Administration (MBA) from the University of Massachusetts-Amherst, and is a Ph.D. scholar in Management of Complex Systems in the Department of Engineering at University of California, Merced. He is also a graduate of Stanford University’s Graduate School of Business Learn-Engage-Accelerate-Disrupt (LEAD) Corporate Innovation program and Pepperdine School of Public Policy’s Leading Smart Communities program. Futrell is an International City/County Management Association (ICMA) Certified City Manager and serves on the ICMA national Governmental Affairs and Policy Committee. 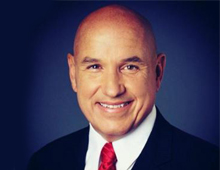