RIVERSIDE, Calif. – Ted White, who has spent the past two years streamlining the development process in Riverside, including the creation of a new One-Stop Shop that encourages excellent customer service, is leaving to become Fullerton’s Community Development Director.

White started in Riverside as City Planner in November 2015, then advanced to the role of Deputy Director of Community and Economic Development. In addition to guiding the One-Stop Shop to fruition, White also is leading an effort to revamp the housing element of the city’s General Plan, which is scheduled to go the City Council in December.

“Ted White has made a difference in Riverside by making City Hall more welcoming to investment in our city,” Mayor Rusty Bailey said. “The One-Stop Shop is a best practice that deserves to be emulated around California. We wish Ted the best in his new venture.”

“Riverside is a great community, and I am very proud of the progress we have made as a team in ensuring the city is open for business when it comes to private investment opportunities,” White said. “The chance to work in the city where you live does not come along very often, however, and I know this move is ultimately what is best for my family.”

The strong team that White assembled in Riverside’s Community and Economic Development Department will ensure continuity and an ongoing commitment to strong customer service while Riverside conducts a nationwide search for a new deputy director, Director Rafael Guzman said.

“Ted White helped this department get to a whole new level in terms of being customer-centered,” Guzman said. “Now it is incumbent on us to continue that progress.”

Prior to coming to Riverside, White had worked 18 years in the Anaheim Planning Department, most recently as Principal Planner. He was recognized there for developing an award-winning customer service program and for his work in streamlining that city’s development review process.

“Riverside is enjoying historic levels of investment in our community,” Mayor Pro Tem Jim Perry said. “Ted White’s efforts, and those of the staff he assembled, deserve credit for making Riverside such a desirable place to do business.” 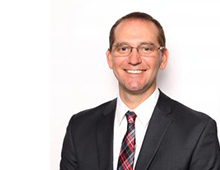